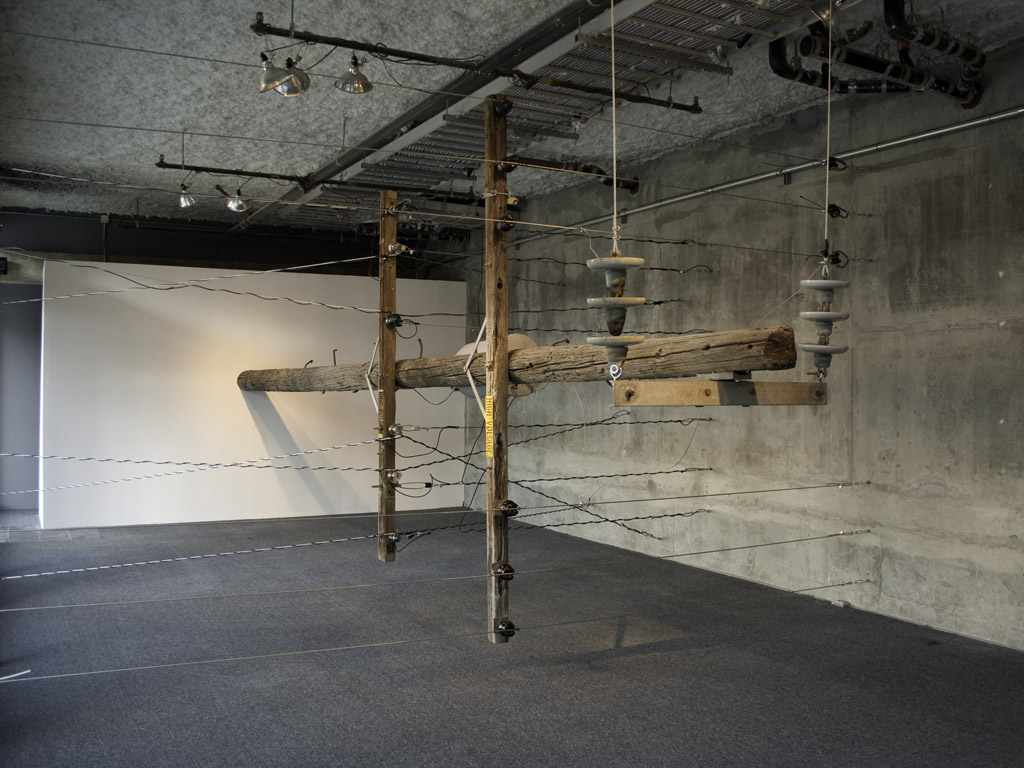 Tilted Pole is a re-situation of a 37’ long power pole extending from a wall horizontally into the gallery space. The work consists of the pole and insulators, transformer (with sound), hardware and wires. The tilt of the work is achieved by using a wall as the fulcrum, the pole extending 30’ into the space. Many thanks to Dan Tiffany for engineering the installation.

The pole itself was salvaged near the Southern Pacific rail yards in Oakland, CA. Most of the other pieces were donated by PG&E San Francisco. The glass insulators were purchased on the web.

As it was installed in a storefront space, the pole and its parts were “under glass” similar to a museum diorama display of anthropological study, a gargantuan “found object” whose meaning and value is altered by its context. The unusual position of the pole offers visitors a chance to view the pole as a specimen, an artifact whose vantage point and proximity is rare and whose context reframes the ubiquitous pole as art. An added sensory element of sound, seemingly emitted by the power conduction pole, creates a vibration and hum of high voltage.

Tilted Pole, 2008, view from outside gallery. 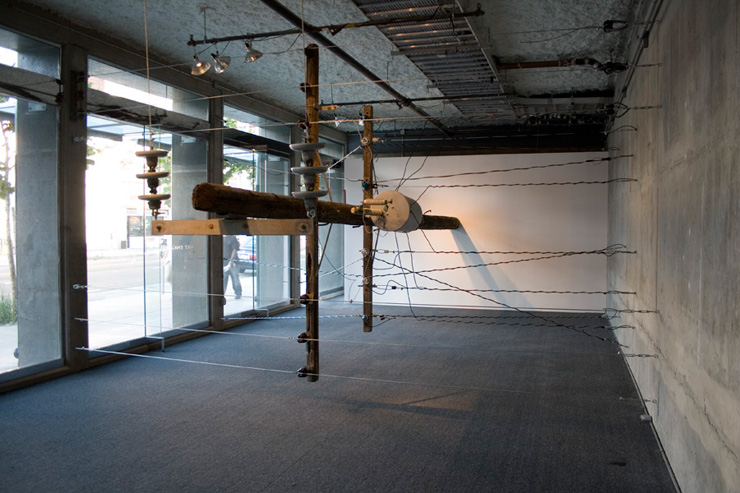 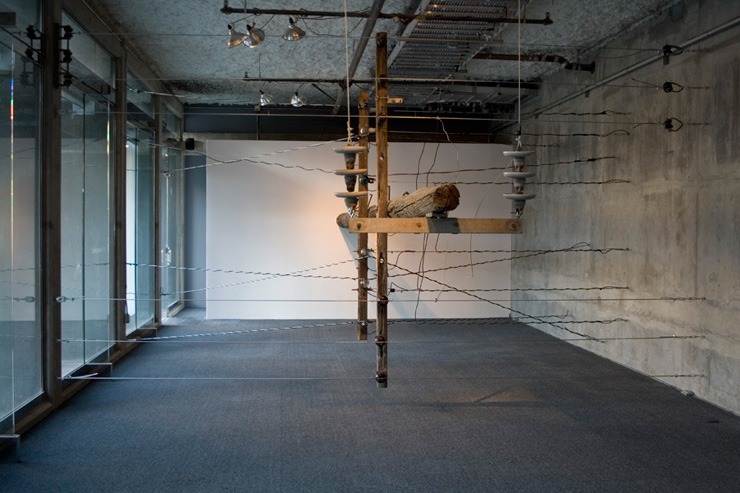 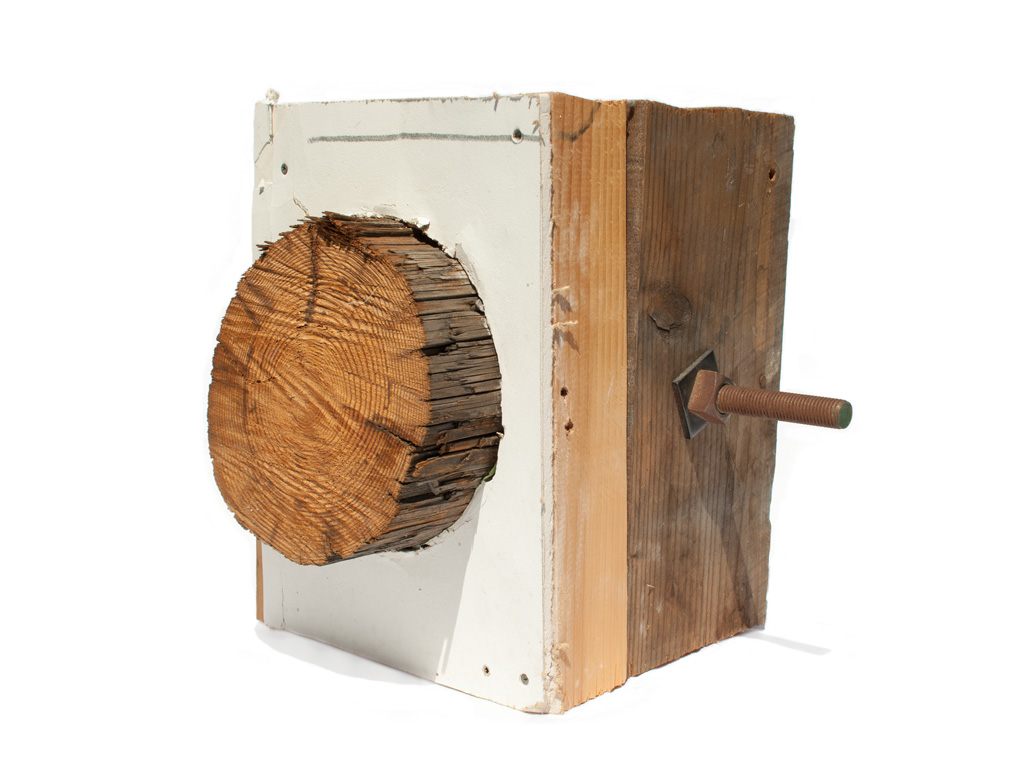 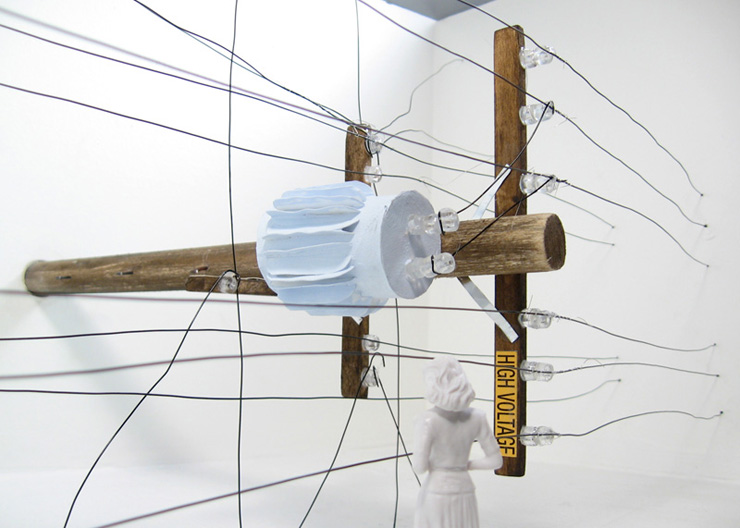 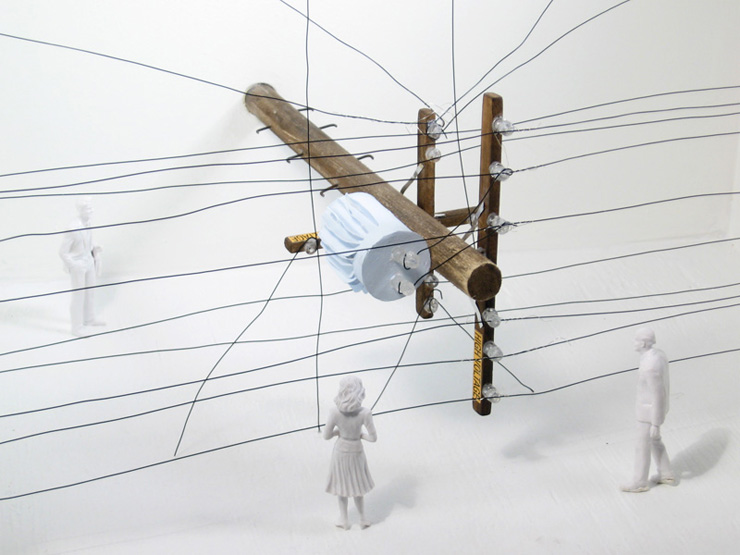