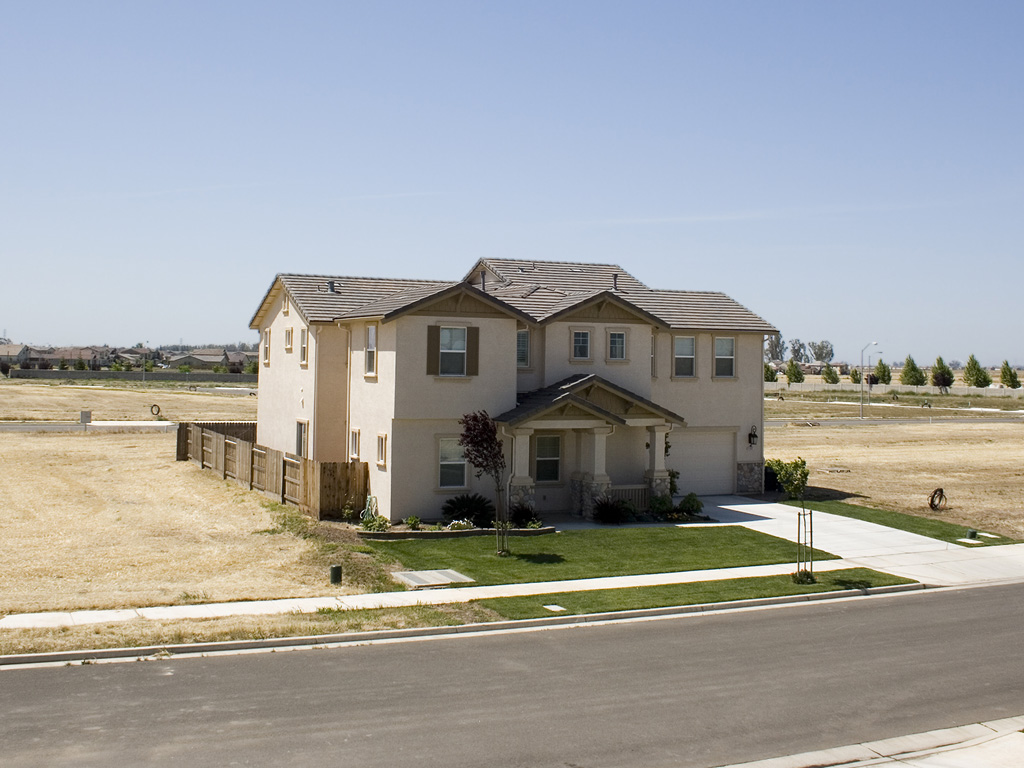 In collaboration with Kathrine Worel, Frontiers is a series of photographs that document homes/houses on the forefront of our interaction with the economy and the environment. Taken in 2009, these images depict Merced and Malibu, two distinct communities in California, one reeling from the miscalculations of market speculation, the other struggling with the effects of climate change. 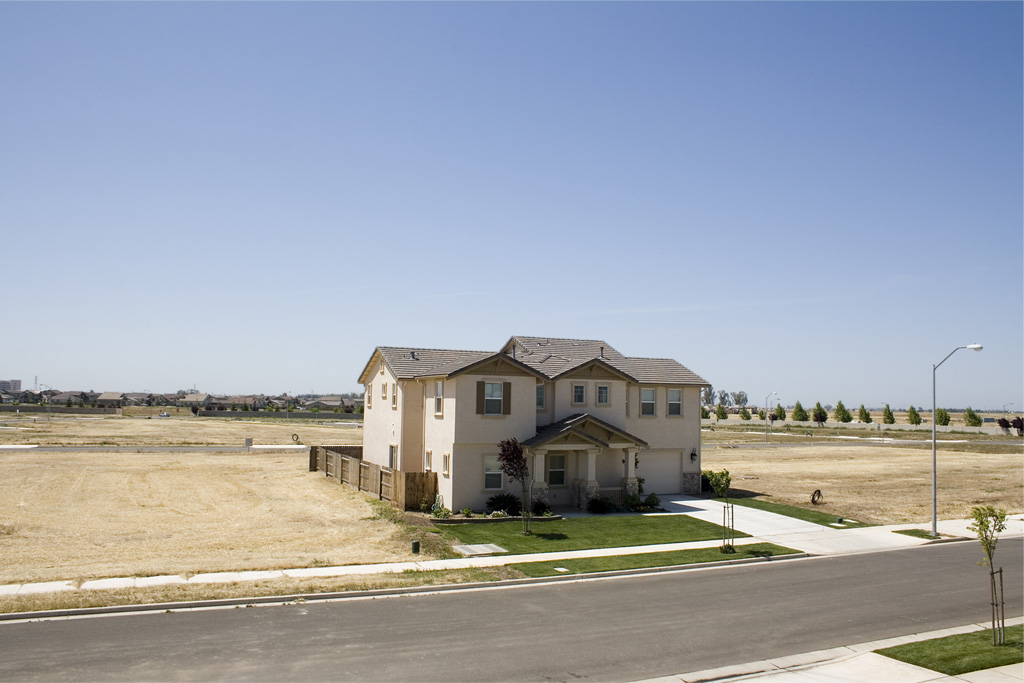 Merced, a town in the San Joaquin Valley, midway between Fresno and Modesto, was once surrounded by farmland; but the creation of a new University of California campus — intended to be the state’s next education mecca — and subsequent population growth encouraged developers to invest heavily in residential subdivisions. 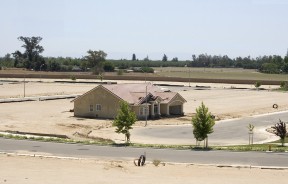 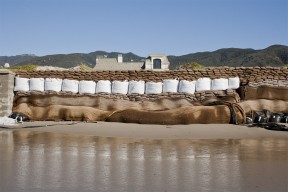 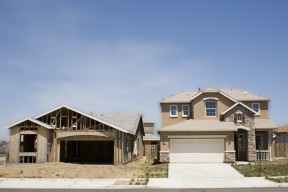 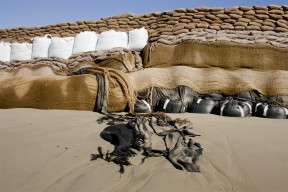 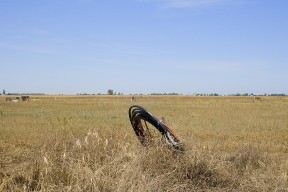 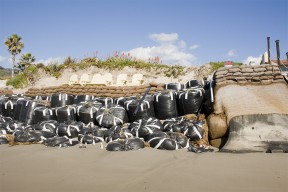 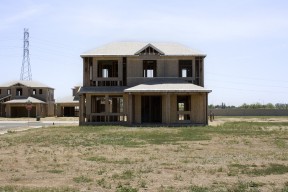 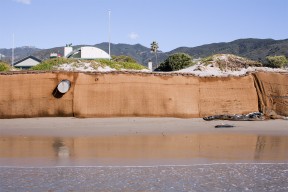 Thousands of acres were platted for home sites, construction commenced and then … the housing bubble burst. As the promise of profits dematerialized, partially constructed subdivisions were abandoned, leaving half-built ghost towns in their wake — model homes standing next to plywood shells, cement foundations baking in the summer heat. Whether or not these projects will ever be completed is anyone’s guess, but the paving of streets and laying of underground infrastructure virtually guarantees that this land will never be farmed again.

Pristine beaches draw many to California’s coast for rest and recreation. In Malibu, a privileged few make a home at the ocean’s edge. But in recent years the effects of global warming — including hardened watersheds — and of damming rivers have led to sand-starved beaches and increased coastal erosion. Unlike in Merced, money is plentiful in Malibu. Homeowners and government agencies alike fund the protection of “endangered” homes along the narrowing strip of land between the Pacific Coast Highway and the ocean. But as rising sea levels and fiercer storms deplete the protective beaches, multimillion dollar homes are vulnerable to being swept out to sea. In an ironic twist, oceanfront homes that themselves prevent the natural erosion that would replenish beach sand are being surrounded by fortress-like constructions of trucked-in sand, boulders, burlap and plastic — all simulating the sea cliffs that once sheltered this same coast.

Whether scurrying along the empty, heat-blasted streets of unfinished developments in Merced, or strolling along the fragile strip of beach in Malibu, we approached this project as archeologists of our own future, documenting moments on the threshold of change.