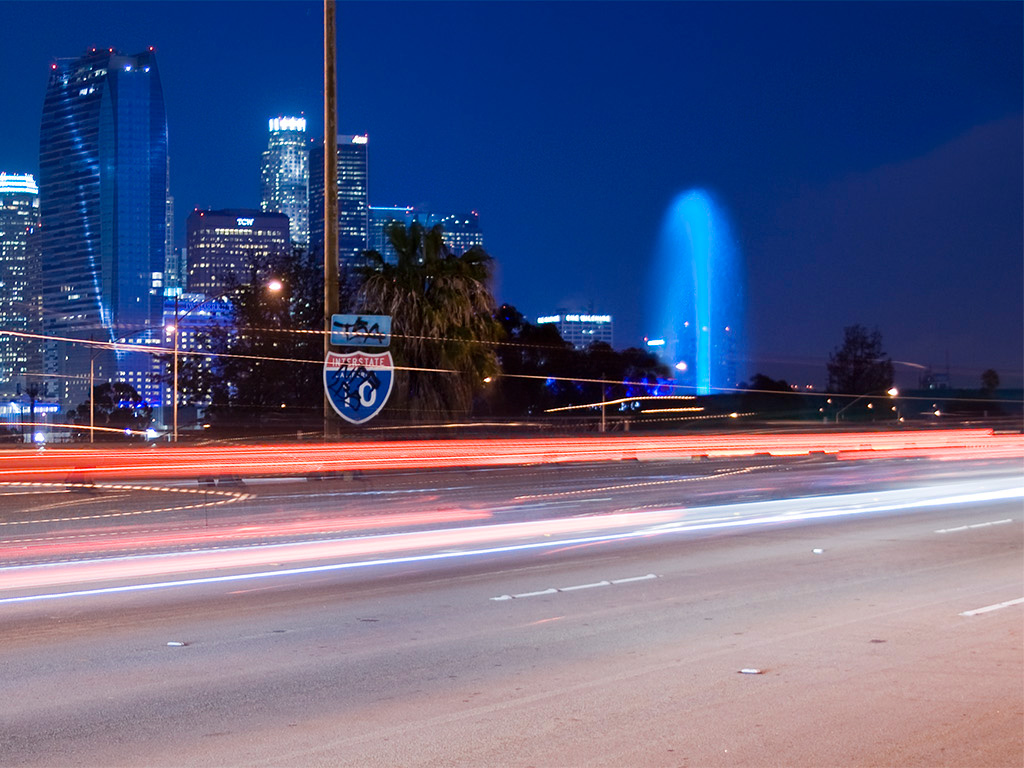 LA Interchange: a Proposal for a California Highway Victims Memorial Park is a site-specific public art project that proposes a real-time memorial at the intersection of downtown Los Angeles freeways. Set in a renewed urban park at the intersection of the Harbor (110) and Santa Monica (10) freeways in the heart of downtown Los Angeles, the LA Interchange memorial takes the form of an illuminated water fountain that uses real-time accident data from the California Highway Patrol Incident Report website to affect the intensity of the fountain’s stream and colored light, thereby creating an immersive atmosphere revealing unseen data. Included in the discussion is a detailed description of a working prototype of the memorial, and research that develops the significance of the work as a real-time memorial and sublime monument, revealing the intensity and awe we experience when confronted with the interconnectedness of people and technology.
Essays by Frederick Young and Anu Vikram
LA Times Article
Essay by Luther Thie

LA Interchange, Severity 5 as Seen from the 10, archival inkjet print, 2010 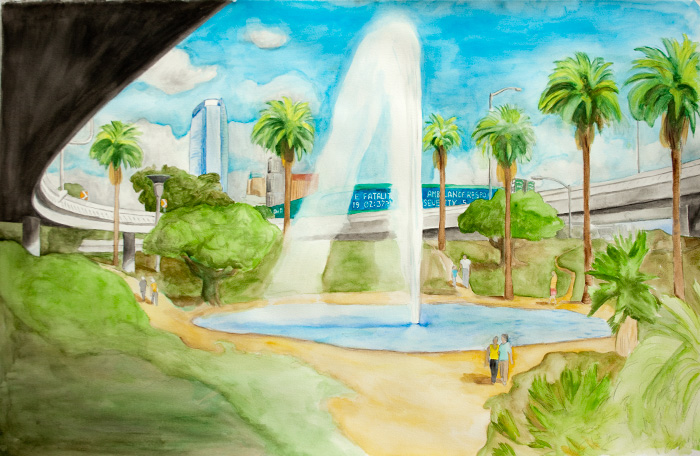 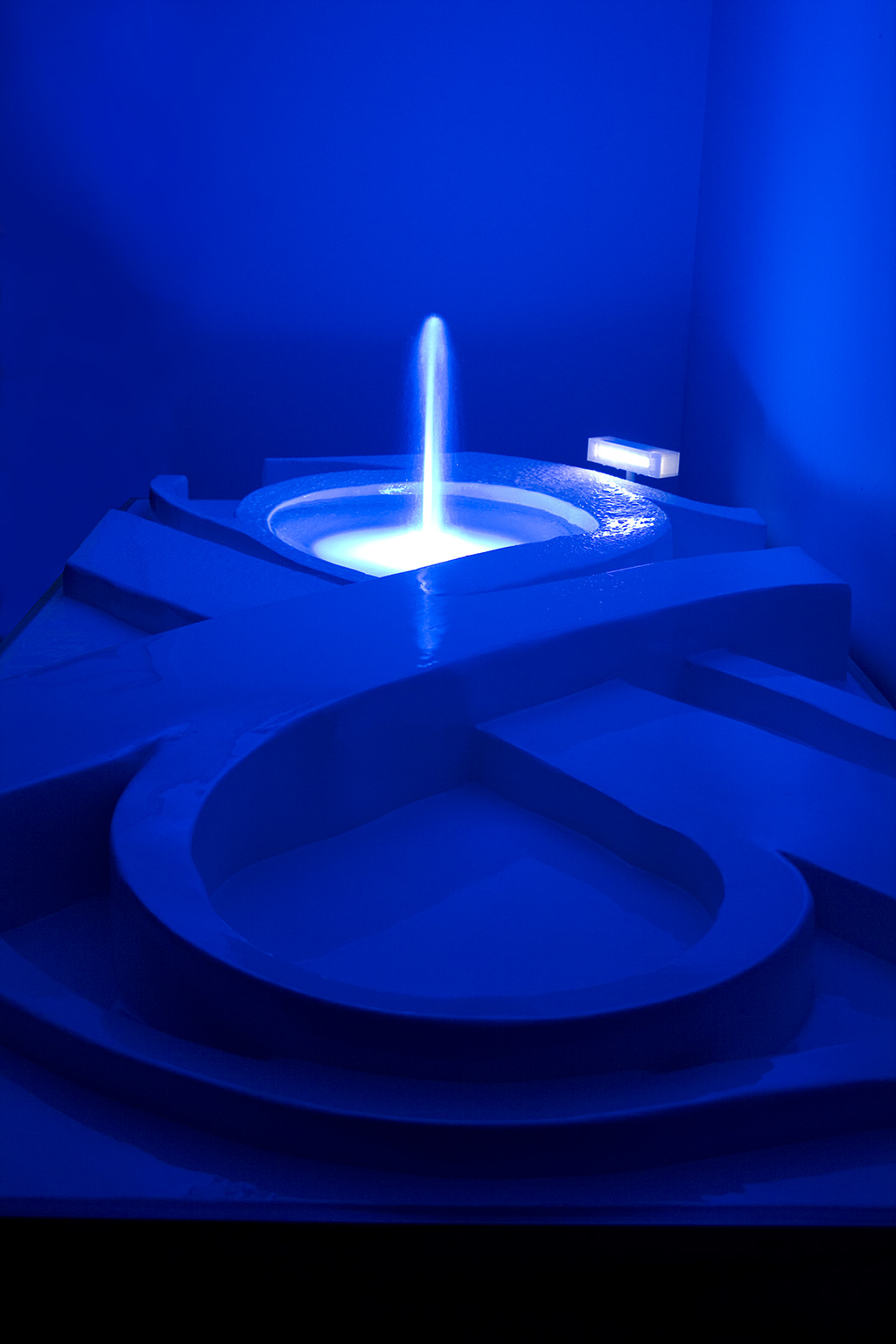 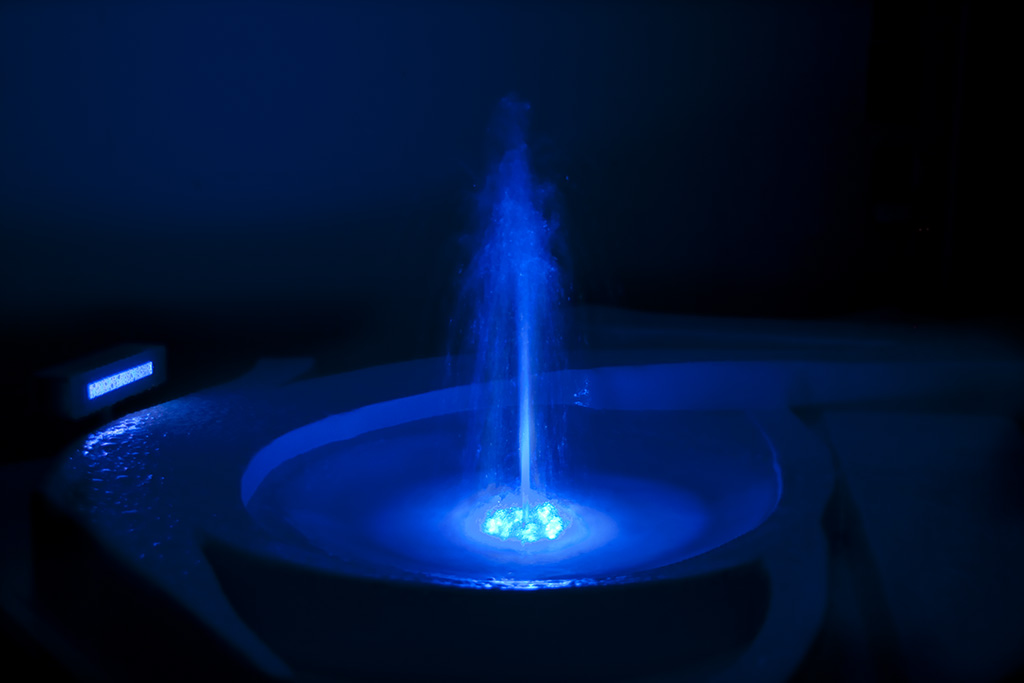 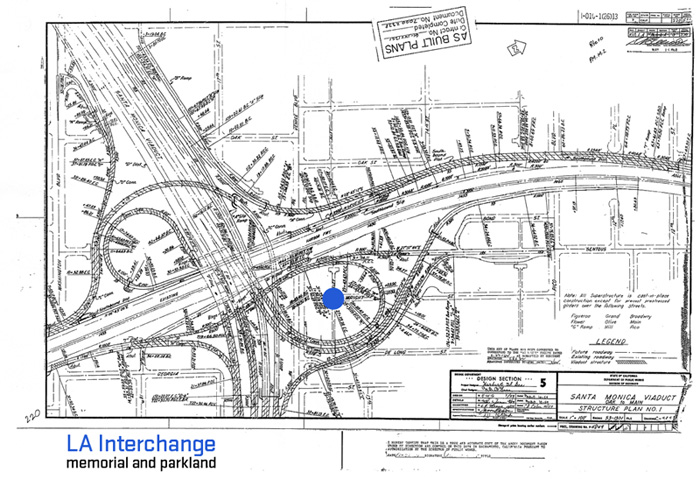 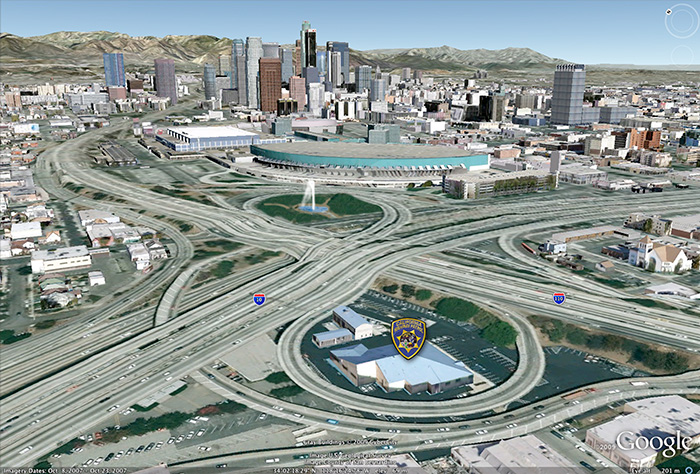 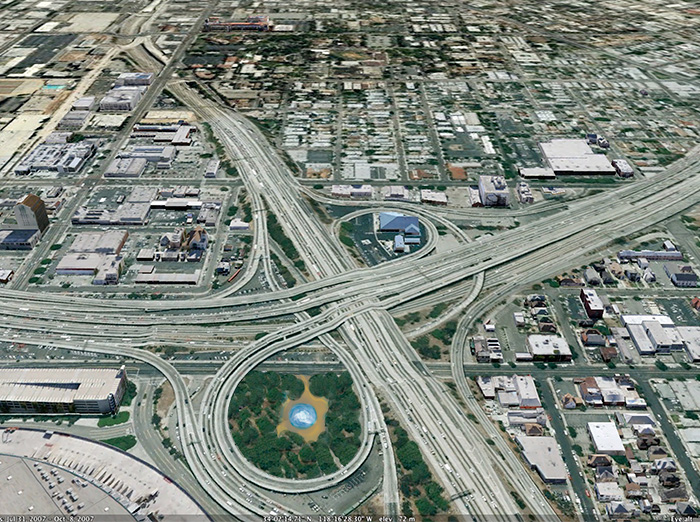 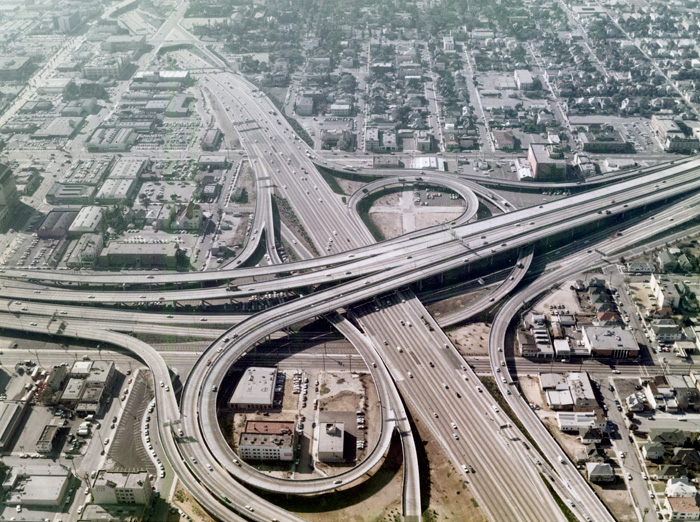